The flag consists of three equal stripes of white, blue and red colors, from top to bottom, the aspect ratio of the panel is 2: 3. When hanging vertically, the colors should be in the same order from left to right (it use the same principle when writing the letters RUS with the colors of the national flag).

Given this text, as well as the published flag pattern, it is clear that there is no exact regulation of the colors of the Russian Federation flag in the legislation. Very often, the flag is made with white unpainted light blue, plain red. 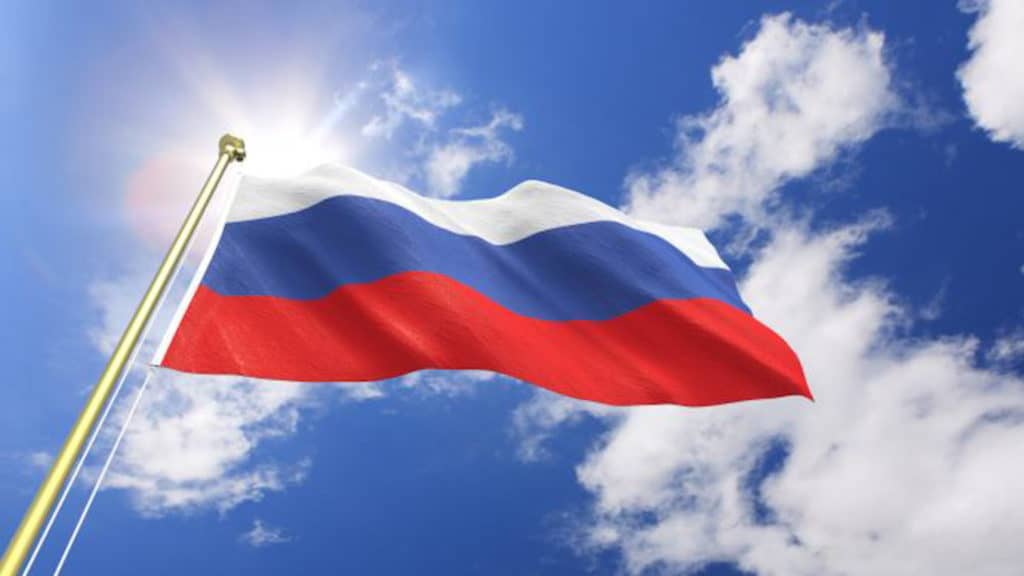 There are several mnemonic formulas to remember the color order of the Russian flag:

Sailors formula: BeSiK (White-Blue-Red).
Programmers formula: Beysik programming language [2]
Formula bikers: BSK brake fluid.
The formula for subway passengers: contactless smart card (BSK).
Fans of the formula Nikolai Baskov: BasKov.
Formula of conspiracy theorists: KGB (Red-Blue-White, from bottom to top).
The formula of thermophysicists: fire, water, steam (from bottom to top).
The formula of alcoholics: vodka is white, the sky is blue, erysipelas is red, life is wonderful!
LGBT formula: white at the top, red below and blue between them.
The formula of the Red Army is: from above on a high-white bank with a machine gun, below – the Urals, a blue river and Chapaev – a red commander drowning in it.
Formula of a natural plant: daisy – white, hydrangea – blue, roses and poppy – red.
The formula of the peasants of 1812: bo-sya-ki (white-blue-red) – Russian, and so-ba-ki (blue-white-red) – the French. This is a famous historical curiosity of World War II and the invasion of the Napoleonic army in Russia. The Russian and French flags have the same colors, which differ only in the arrangement of the stripes (horizontal and vertical) and the order of the alternate colors. As flags were hung as necessary, horizontally or vertically, so as not to confuse friends and enemies, people developed simple rules to remember colors.

Presidential Standard on the Kremlin

The flag is used on land and at sea, by government agencies and citizens. The RF Armed Forces and the Russian Navy have their own flags. However, Russian military units in their locations are required to raise the Russian flag.

Since 2008, the law allows any respectful use of the Russian flag by individuals. 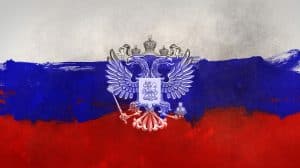 Until the seventeenth century, there was no official state flag in Russia, but in reality it was replaced at different times by military flags: two-tooth and triangular flags, elongated in length. Presumably, the banners were first introduced in the 10th century by Prince Svyatoslav after the defeat of Khazar Khaganate.

1668. The first white-blue-red flag of Russia was approved in 1668 by Tsar Alexei Mikhailovich as the navigation flag of the first Russian-style sailing ship in Western style, the frigate Orel. The order of colors and the exact design of the flag are unknown; It could be a tricolor or a cross. But it is obvious that the colors were taken from the Dutch flag. Presumably it was a white canvas, with a wide blue cross, with two opposite red corners and two opposite white corners. The decree given by the Tsar to the Siberian order on the assignment of material to send banners dates from April 9 (19), 1668.

April 24 (May 4), 1669. A decree was issued on the image in the “Eagle” banners of the golden eagles (apparently, weapons). For more details, see # Myth: Peter I copied the flag of Holland.

August 6, 1693. During the trip of Peter the Great in the White Sea, led by the flotilla of warships of the White Sea built by him in Arkhangelsk, the “flag of the Tsar of Moscow” was raised for the first time on a yacht of 12 guns “San Pedro “- a flag of 4.6×4.9 meters sewn of flagduk, consisting of three horizontal stripes of equal size of white, blue and red, with a golden double-headed eagle in the center. This is the oldest surviving Russian flag: it is located in the Central Naval Museum in St. Petersburg

October 1699. Peter I creates a flag pattern with an oblique Andreevsky blue cross: the Andreevsky flag, which soon began to be used on military ships, even from 1700 in the form of a Keizer flag, also created by Peter (Andreevsky’s blue cross with white borders on a white cross on a red panel).

In fact, a white-blue-red flag appeared even under Tsar Alexei I Mikhailovich, the father of Peter I, and when creating the flag, Alex I relied on the flag designs of all the major maritime powers of northern Europe of The time.

The tricolor was in circulation in Russia even before Peter’s trip to Holland in 1697-1698. In addition, even before the birth of Peter the Great, this combination of colors was known in Russia: it was used in the standard of the first Russian frigate: the ship “Orel” (1669), where they used the same amount of white, blue matter and red (the exact design of the flag is unknown – this could be a tricolor or a cross used in the flags of the maritime powers of that time).

In fact, Dutch artisans participated in the construction of the eagle and influenced the choice of the flag: Tsar Alexei Mikhailovich asked the Dutch which were the flags of the ship in his country, and talked about the red-white-blue flag. According to the surviving documents, red, white and blue matter was released on the “Eagle” flag. In addition, according to the decree of Alexei Mikhailovich, it was prescribed to represent eagles in the banners of the ships. It is possible that the eagles were the only difference between the Russian flag of the Dutch.

However, it is known that for Aleksei Mikhailovich the “Writing on the Conception of the Sign and Flags or Ensign” was prepared separately, where the images of the signs of the 12 biblical tribes of Israel were delivered, as well as the flags of the powers of the sea – Great Britain, Denmark, Sweden and the Netherlands – all these flags. The Dutchman had a cross design. Then, most likely, Alexei Mikhailovich, as a deeply religious Christian, chose the design of the cross (hypothetically, it was a blue cross with red and white fields), or at least changed the order of colors in the tricolor (in this case, the “Eagle” flag was very similar to the current presidential standard of the Russian Federation).