In 2007, in the “difficult times” for the Samara club “Wings of the Soviets”, football fans came together to create the first football museum in the country, which became a meeting place for sports lovers and the education of the masses. It was opened jointly with the presentation of veterans and football fans, with the participation of the public association of “Bastion Volzhski” and the well-known sports journalist, poet and publicist S. Leybgrada.

The district administration has assigned the Samara museum of futsal, and the defenders of the “wings” of Krzysztof Lagievka and Metyu. The founders helped fill their story with sports scripts. Numerous fans and players of the regional teams also joined for the exposure of the funds.

Samara football club is presented in its 100 years of splendor: in addition to the objectives, forms and gloves, pieces of the stadium, facilities, paintings and photographs of the archives of the local teams: “Lokomotiv”, “Dinamo” , “Metallurg” Tolyatti “Lada” and others. Since the time of the Silver Age it has accumulated a lot of material on the history of football in Samara.

The exhibition is mainly dedicated to the “Wings of the soviets” of the club, the history which dates back to the time of World War II. In 1942, a lot of great players like Alexander Gulevsky Alfred Fedorov, Vladimir Sakharov, and others raised. Many then played for the national team of the USSR. But not only was this team dedicated to the curiosities of the museum’s collection.

For the inspection, the authentic material of legendary players is presented: athletes boots: sports masters Khusainova G. and V. Karpov, the form of the first legionary footballers in the Soviet Union of Bulgaria Teno Minchev, jersey one of the most former players A. Kikin.

Among the exhibits are many articles that belonged to coaches and referees, as well as souvenirs: badges, key chains, pendants, among others. There are other attributes about the victories and defeats in the competition of athletics: cups, programs, tickets, photos and posters. There is also a collection of autographs by Lev Yashin, Pele, Oleg Yashin, Guus Hiddink and many other football stars.

The public museum is dedicated to educational activities and guided tours for the public for free. Some are impressed to join the ranks of fans. By the way, in the headquarters building, meetings and conferences are organized to show the registration of the legendary football matches. 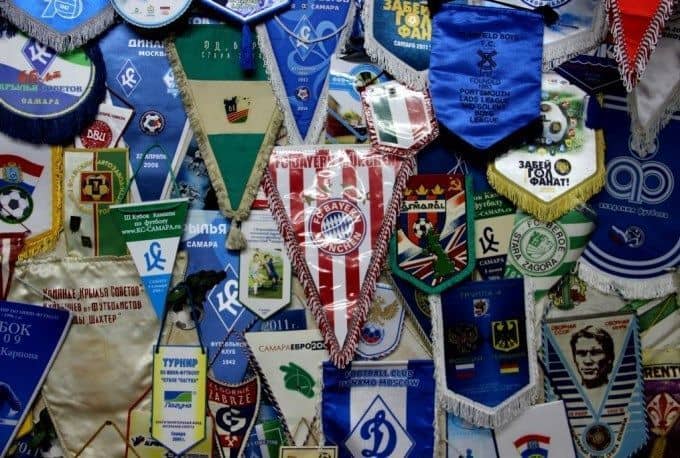